This is a  new, healthy and special sugar. 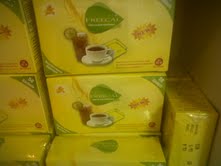 I introduced it recently to my clinic and I am advising all my clients to use it, regardless their conditions  🙂

What special about it??

Besides being free from Aspartame, which is extremely healthy, free- cal sugar can be used by pregnant and lactating women.

And this is what I will focus on here:

There is a lot of concern about diet and nutrition during pregnancy. The major concern is the use of artificial sweeteners!

Table sugar contains what is called “empty calories”, that means it offers no vitamins or minerals but they offer extra calories to our diet.

However women with gestational diabetes (that occur only in pregnancy) or insulin resistance, need to limit their intake of sugar intake.

What artificial sweeteners are considered safe during pregnancy:

Sugar alcohol like Sorbitol, Xylitol, Isomalt, Mannitol. However Sugar Alcohol are not sugars and they have calories which can be converted to fat!

Stevia: This a new and common sweetener that is frequently used in soft drinks and juices. FDA approved on Stevia as safe during pregnancy. It has been given the GRAS ( generally approved as safe) rating by the FDA.

Aspartame: Found in soft drinks, gelatin, desserts, puddings, chewing gums, dairy products and other food and drugs. According to the Food and drug  Administration, FDA, Aspartame  consumption should be limited during pregnancy and lactation to a moderate level.

Sucralose: This is a non- caloric sweetener that is made from sugar, Sucralose has been approved for use in baked goods, baking mixes, non-alcoholic beverages, chewing gums, coffee and tea products, fruit juices, sweet sauces, topping and syrups.

In addition to that, Sucralose has no effect on blood sugar and offers no calories at all. It is considered safe to consume during pregnancy and lactation by The FDA.

Free – Cal sweetener is made of Sucralose, which is broken down by the body and therefore is not absorbed in the body and offers zero calories.

Plus Sucralose is highly heat stable allowing it to be used in many recipes, with no after taste!

Sucralose is one of the 2 artificial sweeteners ranked as safe, the other one is Neotame.

The bulk of Sucralsoe ingested is not absorbed by the GI tract and so is directly excreted by the feces, while 11 to 27 percent only is absorbed but directly removed from the blood stream by the kidneys and eliminated in the urine.

According to the Canadian Diabetes Association, the amount of Sucralose that can be consumed on a daily basis over a person’s lifetime without any adverse effects is 9 mg/kg/day.

2-      All about Sucralose. Calorie Control Council.