The whole event was planned and organised by very active students in Kuwait University.

Where: Salmiyya  Gulf road, It started from the scientific center and the end point was at Marina Waves

Their main target was to raise fitness awareness, and prevent obesity. They want to let people  start a new lifestyle!

Health Company ( the company I work for) was one of the main sponsors for this event.

So I was there and I was giving  free consultations, and nutritional assessments

Many prices were offered to the winners, from IPods to I phones  and free subscriptions in health and diet centers.

This price was offered to Ibrahim Al Mazidi

Here are some pictures: 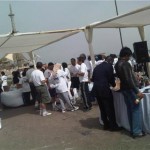 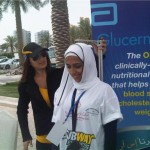 I was giving free assesements 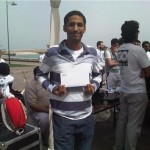 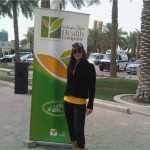 Me representing my company 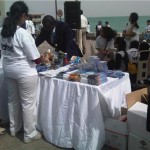