Healthy Tuna! In Water or Oil!? 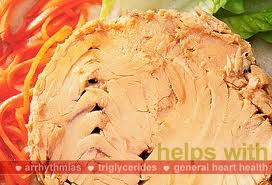 Maybe you’re gonna say “Tuna in oil” since it is packed with all the good fats, v/s tuna in water which might lack some important omega-3 fatty acids!

Let’s start by saying that tuna in general is a great and cheap meal to eat twice a week to stay safe from aging problems and chronic diseases!

It is very rich in protein, with no carbohydrates and a lot of minerals like selenium, magnesium and potassium, the B vitamins niacin, B1 and B6,  and most important, the beneficial Omega-3 essential fatty acids!

Canning tuna is not that bad as well!! It is an effective way of  preservation.

If the food’s overall quality is high, it is best in all forms, whether it was canned, frozen, or fresh.

So I always advice you to take the canned tuna in water as it is healthier,  less in total fat but super rich in omega-3 fatty acids!

Per 1 cup of serving: