I’ve been talking about food that boost your metabolism, your immune system or even your memory! But Aphrodisiac food play an important role to improve your sex life!! 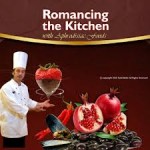 In order to increase our hormones levels  and to start having  happy feelings, these foods should be consumed in big amount.

That might be true for some food, but other food have the ability to give us quicker effects.

Let’s start by defining what does aphrodisiac means?

An aphrodisiac is an agent that acts on the mind causing arousal and increased sexual desire. The name derives from Aphrodite who was the Greek goddess of love.

Due to their chemical energy in the brain, certain food and drinks  have the ability to increase the blood flow to the genital areas.

Who doesn’t eat chocolate when feeling down? No doubt chocolate is one of the most natural aphrodisiac foods!

Pure chocolate contains anandamide, a chemical that gives us the natural psychoactive good feeling. It also contains phenylethylamine which is known as the “love chemical” that releases dopamine in the brain’s pleasure areas.

Champagne is directly linked to celebrations, happiness and sharing good moments! So it’s perfect to make you in good  mood!

Champagne has the ability to increase the blood flow inside you body and thus causes its stimulation.

And why not adding some strawberries to it!

Honey is listed as one of the aphrodisiac food as well.

Honey contains several B vitamins which are needed for testosterone. Honey has the ability to increase Endorphins,  a hormone located in the human brain and is known as the hormone of happiness.

This is a very effective aphrodisiac food that has been known is increasing  sexual desire. Due to their high level of zinc, oysters help in producing sperm, increasing testosterone and also increasing libido in both men and women.

The aroma of almonds  showed to be effective in increasing passion in females! Its high doses of vitamin E, fiber and magnesium  help as well.

Ginger has been used as a food that help in the digestion process. And now ginger has been known as an effect aphrodidac food that increases blood circulation and sensitivity.

You can have it raw, cooked or even as a drink!

The foods below can  also be counted as aphrodisiac!!!